The Canucks Three Stars is a python + redis + mysql application which allows Canucks' fans to submit votes for their favourite players during gametime, share their votes on social media networks, and review previous games' results. I was responsible for theming of both the desktop & mobile versions of the site. 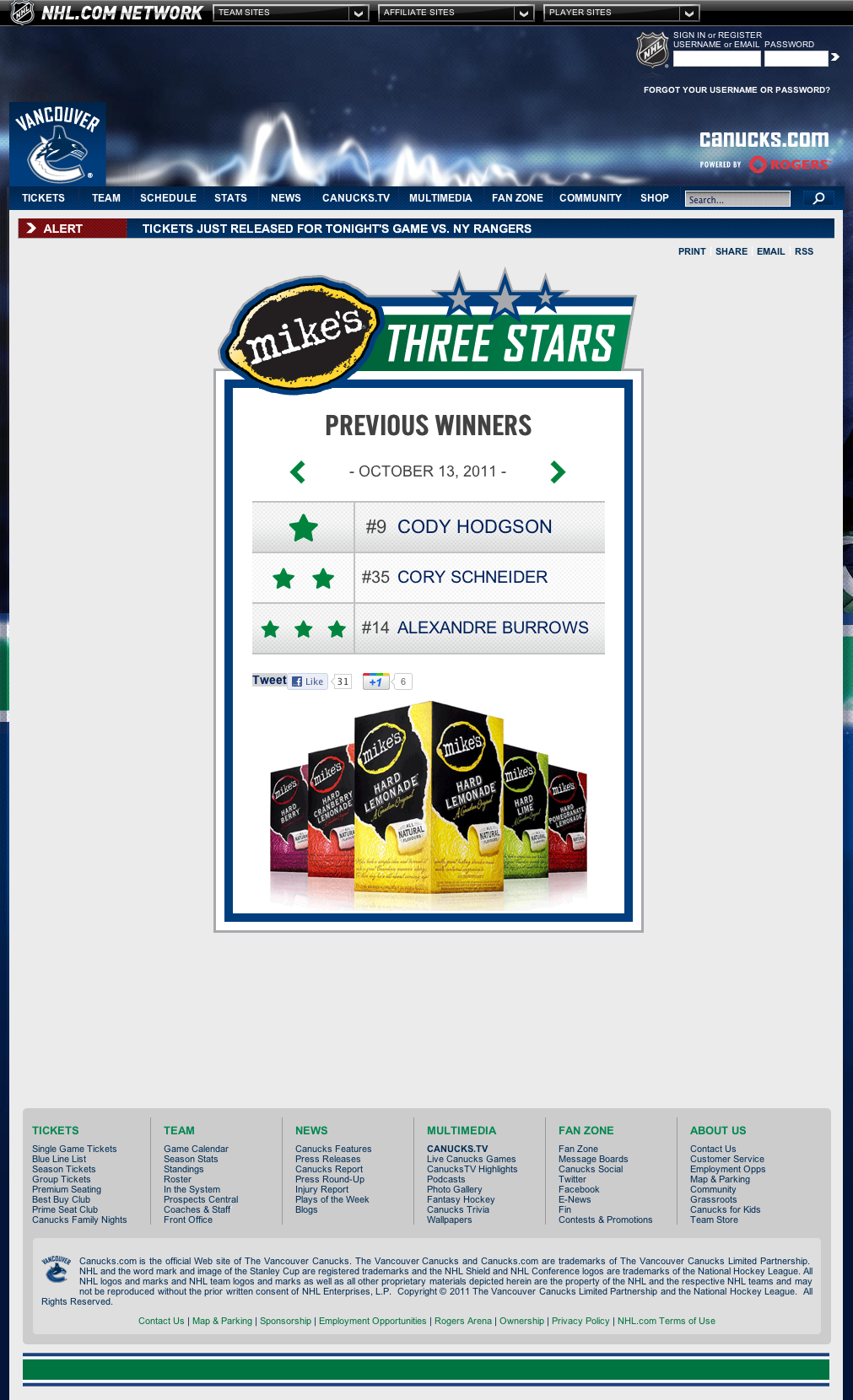