For the Acrobatusers project I was responsible for localizing the entire site, ensuring that all pieces of content can be translated into numerous languages. I also developed a highly-customized Drupal-based forum, duplicating the look & feel and functionality of the old punnBB-powered forum, and then migrated all users and content to the new system.

This online community was plagued by an incredible amount of spam, both in user registrations and content & forum comments. I developed an algorithm to analyze existing user accounts and determine the likelihood of them being spammers, which effectively identified the vast majority of spam accounts, allowing them to be deleted in bulk. To prevent further spam problems, I created a unique (& invisible to the end user) CAPTCHA system (previous CAPTCHAs, such as reCAPTCHA, were ineffective), which immediately stopped 100% of all spam registrations. 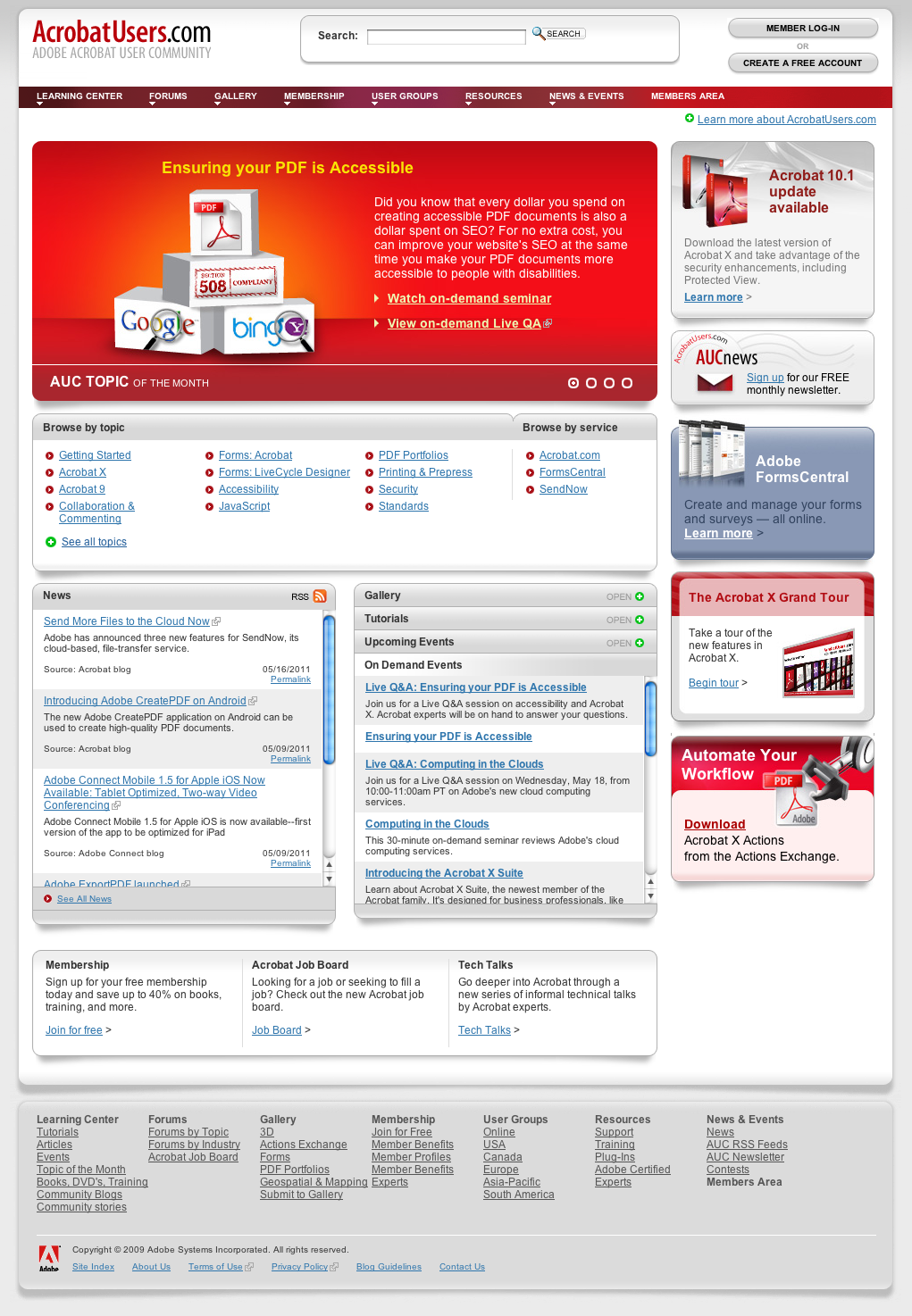 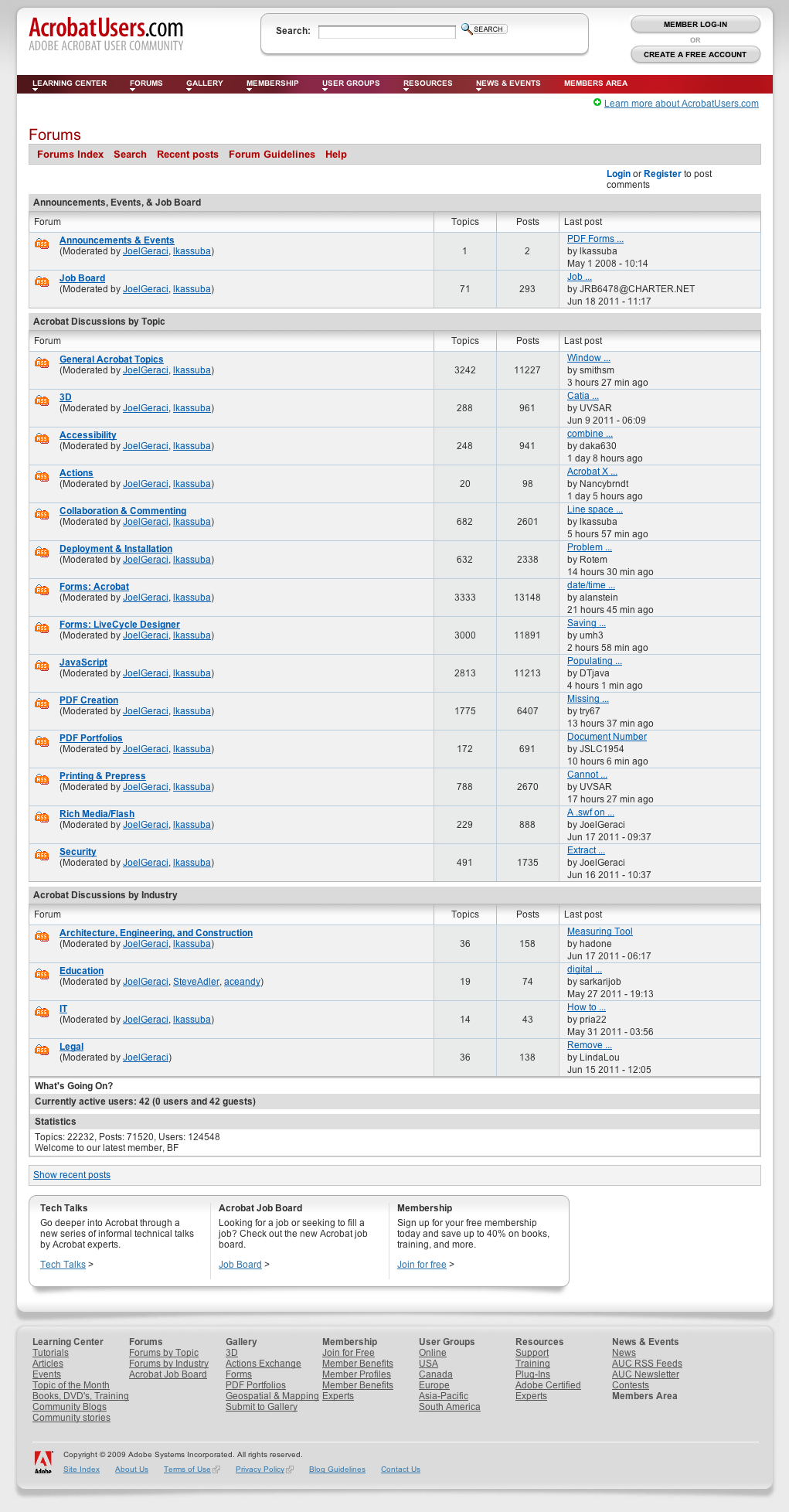